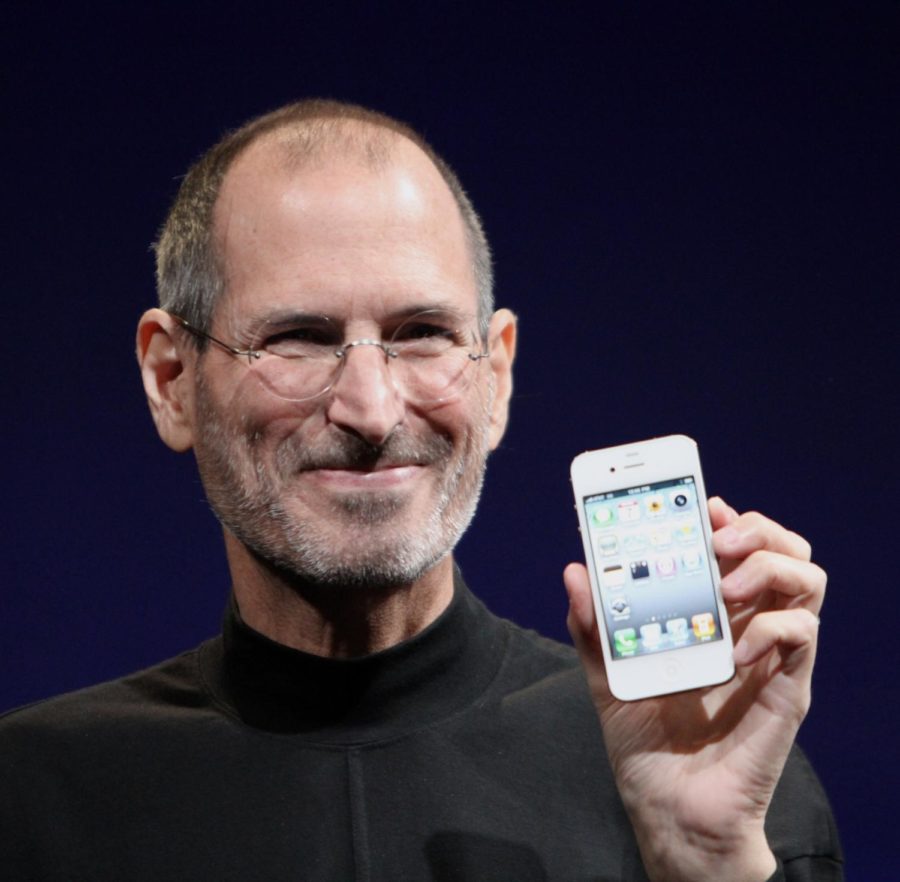 Authenticity is difficult to accomplish. Even if we attempt it, as a society, we are molded by our surroundings, makings true authenticity beyond difficult to accomplish. Few people have remained genuine in their ventures, such as Einstein and Steve Jobs, as well as up and coming YouTube channel “Yes Theory.” These people have gone against the norm, done something courageous, and said or done something to accomplish a goal. Just like Steve Jobs did in his 1997 commercial “Think Different”, I challenge you to THINK DIFFERENT.

If you don’t know Einstein he was a German-born scientist (March 14, 1879 – 18 April 1955) who developed the theory of relativity he is best known for the math formula “E = MC2. He received the 1921 Nobel Prize in Physics “for his services to theoretical physics, and especially for his discovery of the law of the photoelectric effect”, a pivotal step in the development of quantum theory. According to the American Museum of Natural History, In August 1939, Einstein wrote to U.S. President Franklin Roosevelt to warn him that the Nazis were working on a new and powerful weapon: an atomic bomb. Fellow physicist Leo Szilard urged Einstein to send the letter and helped him draft it.

Although he never worked directly on the atomic bomb, Einstein is often incorrectly associated with the advent of nuclear weapons. His famous equation E=mc2 explains the energy released in an atomic bomb but doesn’t explain how to build one. He repeatedly reminded people, “I do not consider myself the father of the release of atomic energy. My part in it was quite indirect.” Nevertheless, Einstein was frequently asked to explain his role—as he was when a Japanese magazine editor asked him, “Why did you cooperate in the production of atomic bombs, knowing full well their…destructive power? Einstein’s answer was always that his only act had been to write to President Roosevelt suggesting that the United States research atomic weapons before the Germans harnessed this deadly technology. He came to regret taking even this step. In an interview with Newsweek magazine, he said that “had I known that the Germans would not succeed in developing an atomic bomb, I would have done nothing.”

A more modern person that has gone against the norm is Steve Jobs (February 24, 1955 – October 5, 2011), a person that just decided because when one simply decides with every grain in their body to do something that’s when the magic happens when the universe moves out of your way and allows you to be different. Jobs was an American entrepreneur and business magnate.  He was the chairman, chief executive officer (CEO), and a co-founder of Apple Inc., chairman and majority shareholder of Pixar, a member of The Walt Disney Company’s board of directors following its acquisition of Pixar, and the founder, chairman, and CEO of Next. Jobs is widely recognized as a pioneer of the microcomputer revolution of the 1970s and 1980s, along with Apple co-founder Steve Wozniak. Jobs was born and raised in the San Francisco Bay area. Jobs’ attended Reed College 1972 before dropping out that same year. Then he traveled through India in 1974 seeking enlightenment and studying Zen Buddhism. His declassified FBI report states that he used marijuana and LSD while he was in college, and once told a reporter that taking LSD was “one of the two or three most important things” he had done in his life. Jobs and Steve Wozniak co-founded Apple in 1976 to sell Wozniak’s Apple 1 computer. The duo quickly achieved wealth and fame. Through the late 70s and throughout the 80s they prospered. Apple merged with NeXT in 1997, and Jobs became CEO of his former company within a few months. He was largely responsible for helping revive Apple, which had been on the verge of bankruptcy. He worked closely with designer Jony Ive to develop a line of products that had larger cultural ramifications, beginning in 1997 with the “Think different” advertising campaign and leading to the iMac, iTunes, iTunes Store, Apple Store, iPod, iPhone, App Store, and the iPad. In 2001, the original Mac OS was replaced with a completely new Mac OS X, based on NeXT’s NeXTSTEP platform, giving the OS a modern Unix-based foundation for the first time. Jobs was diagnosed with a pancreatic neuroendocrine tumor in 2003. He died at age 56 on October 5, 2011, of respiratory arrest related to the tumor.

Last but not least the up and coming Youtube channel “Yes Theory” ran by, Thomas Brag, Ammar Kandil, Matt Dajer, Bobby Derin, and Thomas Dajer. Yes Theory is four friends from four different countries who constantly seek discomfort in order to grow. Ammar, Thomas, Matt, and Derin met in Montreal, Canada in the summer of 2015 and bonded over their shared desire to live a life that challenged and excited them. The channel has been featured on Buzzfeed, The Huffington Post, Fox News, and Upworthy since then. Since the group met they have expanded immensely not only financially with 2,456,614 subscribers growing by the minute but now they have created a global movement with hashtags, polls, events, and more. Yes Theory said, “We believe in challenging what society considers normal. So we seek discomfort to find our own way and fulfill our true calling. And we make videos about it…” Now Yes Theory not only has a channel but they also have a clothing line now known as “Seek Discomfort”. About them, “We at SEEK DISCOMFORT believe clothing is not just merchandise, but an expression of self, identity, and ideology. Those that wear Seek Discomfort are now a part of an inclusive and encouraging community that supports each one of our individual and collective evolutions.” Their model is, “Items are made to order. This means you may have to wait a few weeks for your product. But trust us, when you get it…it’ll be worth it.” All of the there products are designed personally by members, “Every item you see on Seek Discomfort is heavily designed by the Yes Theory members. It’s not just merch for Yes Theory, it’s a proud identification for everyone part of the movement.” They also ship internationally, “Seek Discomfort is an international brand for all cultures and communities. We ship to every country in the world from right here in California!” So an example of how the crew “seeks discomfort” is their video “saying yes to everything for 24 hours”. In the video the group members convince their fellow member Matt to say yes to everything, this is a perfect example of being authentic, thinking differently, and SEEKING DISCOMFORT. These people have accomplished authenticity and they went above and beyond.