Players dedicate their last year of high school football to Jared Gaches and Trevor Keller, two teammates who passed away in 2016. 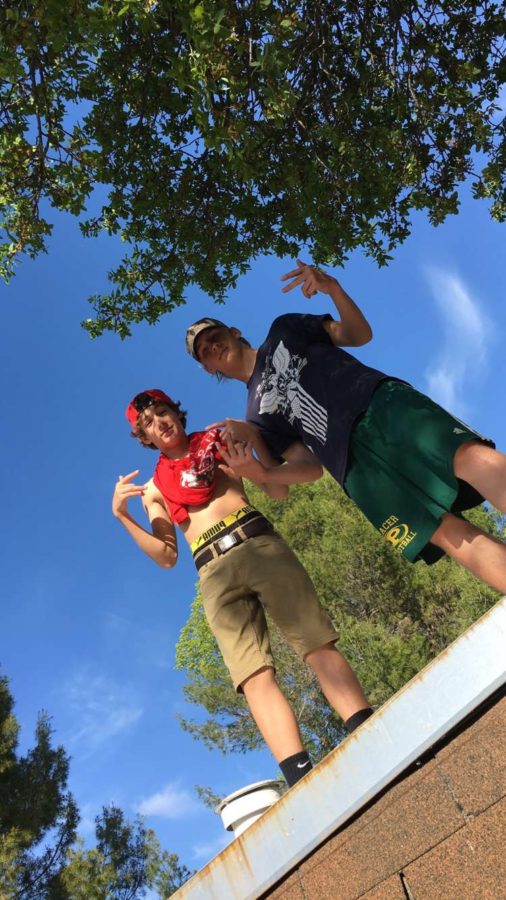 As the Seniors of the Varsity football team take the field for their final year of gridiron glory, they keep with them in their hearts the spirits of their brothers that are no longer with them.

Jared Gaches and Trevor Keller, two youthful students from Placer High, lost their lives on April 3rd, 2016, in a tragic car accident. The players, both who were active teammates on Placer’s football team, are remembered every day by their family, friends, and teammates. With the 2018-2019 football season beginning, the senior class dedicates one final football season to the students, playing every game in their honor.

“Hands down, the greatest obstacle that that they have faced is losing Trevor and Jared.” said head football coach, Joey Montoya.

“Anytime you lose a life, let alone two lives, so young, and so senseless, it breaks your heart. And speaking from a parent’s perspective, it’s your worst nightmare.” continued Montoya.

The coaches and players reminisce in memories of their two teammates, and have worked hard to centralize their focus despite the disastrous event.

“After our freshman year it was hard to bounce back knowing that this is their team too, we were all their brothers, and knowing that they weren’t there with us was really hard, and it hurt us knowing that we were missing pieces of our puzzle.” said player, Chandler Dakin.

Facing this unfathomable difficulty has been extremely tough for the football players, but they play on with their heads high in remembrance.

“I pray during the national anthem. I pray for keeping the team out of injuries, to help us with the win, and this game is for Jared and Trevor; I pray for us to have wings.” said player, Jorge Maldonado.

The two boys are always on the back of their teammates minds, on and off the field.

Coach Montoya explains that his players have decals on the back of their helmets in memory of Jared and Trevor. Kristina Keller, mother of Trevor, also has come and spoken to the team at practices, and the players have dedicated a sled, something the defensive line uses to practice hitting rather than people for practice, and a statue in their locker room to the boys as well.

This year is going to be a glorious one, and with the love and withstanding inspiration from Jared and Trevor, Placer High is due yet another successful football season.